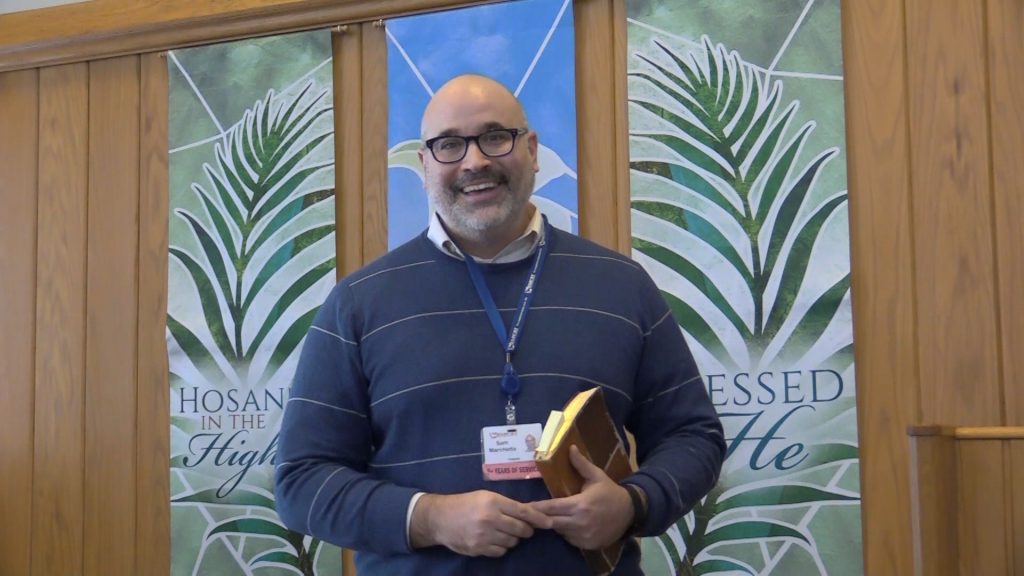 For our devotion this week, I would like to share with you a charming legend about the birth of Christ that is not well known. Last Christmas, Pope Francis shared it in his Christmas Eve homily, and though, not original with him, has made its rounds in various church circles.

Many years ago, there lived a shepherd by the name of Caleb. Caleb was poor even by the standards of a first-century shepherd. Life for him was hard and his extreme poverty had also taken away his hope. One evening, while out in the fields with his fellow shepherds, an angel choir broke out in the heavens and announced that a Savior had been born in the town of Bethlehem. This Savior was the one foretold in prophecy. He would liberate the people from their sins, and break the power of oppression.

The shepherds were ecstatic! They quickly agreed to go to the village to find this baby, and each shepherd decided to bring a small gift. Some brought bread, and some fruit; others brought something that was special to them or had personal value. As they arrived at the stable where Jesus was, Caleb’s face was flushed with embarrassment. He had nothing to bring. In his poverty, his hands were empty. He stood on the outside of the group, as the other shepherds began to give Mary and Joseph the gifts that they had brought. So many gifts were being given that the family had difficulty receiving them all. Mary, whose hands were filled with a baby, especially struggled. Looking around she noticed Caleb standing outside the stable with empty hands, and she motioned for him to come. Caleb approached Mary who placed the newborn baby in his arms.

That poor shepherd, Caleb, in accepting him, became aware of having received what he did not deserve, of holding in his arms the greatest gift of all time. He looked at his hands, those hands that always seemed to be empty; they had become the cradle of God. He felt loved, and overcoming his embarrassment, began to show Jesus to the others, for he could not keep for himself the “gift of gifts.”

Francis states in close: “Dear brother, and dear sister, if your hands seem empty, if you think your heart is poor in love, this night is for you. The grace of God has appeared, to shine forth in your life. Accept the light of Christmas and it will shine forth in you.”