The Unexpected Road to Recovery 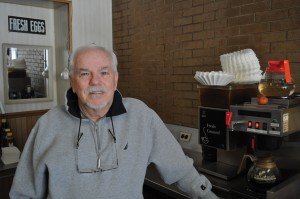 Saegertown restauranteur Jeff Kays was out for a ride on his motorcycle when a fellow driver made an abrupt turn in front of his path launching him into the roadway. His motorcycle was cut in half, and he was unconscious. The paramedics took him to Meadville Medical Center where he was stabilized and sent to UPMC Hamot in Erie. Jeff had head trauma, a concussion, and fractures in his arm, shoulder, ribs, pelvis and knee. He was facing a long road to recovery that included reconstructive surgery and months of rehabilitation. Post operations, Jeff was sent to HealthSouth in Erie to begin five weeks of recovery.

Jeff was not worried about paying for his healthcare services as he is a Vietnam Veteran who receives full benefits, but at HealthSouth his Medicare ran out. He was still in need of more comprehensive rehabilitative services, so it was suggested he be moved to Wesbury’s Grace Rehabilitation and Health Center.

While Jeff was happy to be moving closer to home, he had apprehensions with some pre-conceived notions of what going to a local “nursing home” would entail. To Jeff’s surprise, when it came to Grace Rehabilitation and Health Center, those notions could not be more incorrect. Upon admission, he thought he might have a roommate, but being a resident of Grace’s short-term rehab neighborhood gave him a private room. He thought it would be dark and depressing, but found the high ceilings, bright lights and cleanliness uplifting. When he arrived, staff immediately began to take care of his needs, including a recommendation by a staff member for a particular air mattress that would make him more comfortable.

“The staff was great,” says Jeff, “unbelievable, actually, they gave me options and choices right off the bat. They had my interests at heart.”

Being in short-term rehab, Jeff had the choice of dining with other short stay residents in their private dining room, or he could choose made to order items from Wesbury’s Neighborhood Grill that he could eat in the Grill’s dining area, or in the privacy of his room. He also had the choice to participate in activities when he wanted to. Everything was up to him.

It was when he had his first session with Wesbury’s Rehab Therapists that Jeff began to form tears in his eyes. “In a few weeks you are not only going to be able to walk out of here, you will likely be able to run,” said therapist, Rod Miller. Starting with small steps, first two, then four, then six, Jeff began to regain his strength and movement.

Over the following six weeks, the VA would check on his care and Jeff began to see everything that Wesbury had to offer. When he needed to make a check up with doctors in Erie, Wesbury Transportation took  him to his appointment. When he needed to be x-rayed, no need to go downtown, Wesbury’s Medical Arts Center is attached to Grace Rehabilitation and Health Center. If he wanted a snack or haircut, the Sunset Auxiliary Gift Shoppe and Beauty Shop were right down the hall. Everything was convenient. 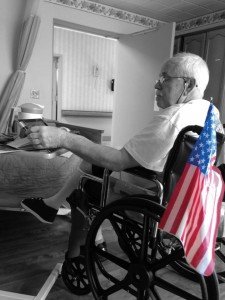 “When people say Wesbury is a community, they are not kidding”, Jeff observes. “You can get anything you need, and I was shocked by the amount of people I already knew that were either residents or visiting other residents.”

Although he walked and did not run out of Grace Rehabilitation and Health Center after being discharged, Jeff had healed to the point where running was now an option.

If you or a loved one are in need of therapy following a surgery, accident or illness, consider Wesbury’s Town Square Short Stay Neighborhood. For more information, contact Grace Rehabilitation and Health Center Admissions Coordinator at 814-332-9233. Wesbury is Medicare, Medicaid and VA approved.