Feeling at Home: A Resident’s Journey 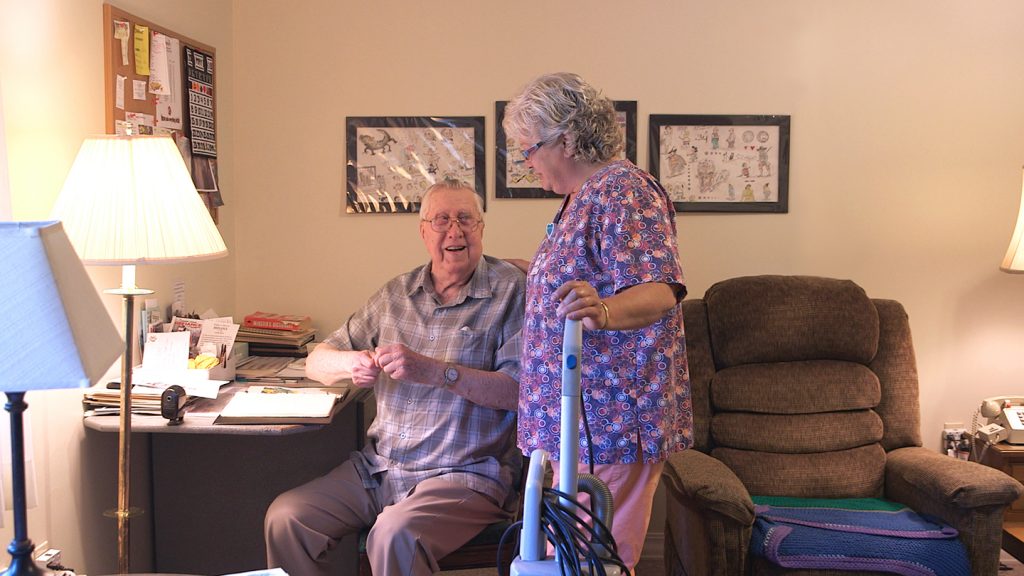 John Stolte, was a World War II veteran, who originally hailed from Pittsburgh. After returning from the war, John married Dorothy and moved to Meadville for a job at the Meadville Telephone Company. The couple adopted a baby girl named Beverly (Bev). 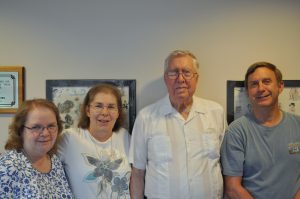 Many years later, with Bev and her family living in North Carolina, John’s circumstance changed. “After my mom passed away, dad went to Wesbury’s Grace Rehabilitation and Health Center for a short stay due to complications from his heart failure,” says Bev. “At first, his recovery didn’t look very promising, but eventually he started making progress.” However, his doctors said he would not be able to live alone and needed to secure long-term accommodations in a personal care facility. John and his family decided on a move to Cribbs Residential Center.

Initially John was disappointed with his circumstances and felt he was losing his independence, but he trusted Bev to always keep his best interests at heart. Although everything seemed to be going well,  Bev says, “There were times when dad still wanted to “test me” to see if he could move back home. When I reminded him what the doctors said, and asked him what he missed so much about home, his response was he missed his own belongings and mostly his bigger bed.”

Right away, Bev talked with Melissa about looking into a larger apartment and when John was shown the larger space, his eyes lit up. Here, he would have the room to make the apartment feel more like home. Once his family got him moved in John was content, calling Cribbs his home for the next six and a half years.

Shortly after this move, Bev noticed her dad really began to blossom. From an early age, John had an interest in art, now, he shared his talent as a way of becoming comfortable with his new home 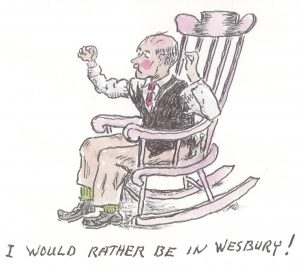 and “breaking the ice” in meeting new people. He would draw cartoon sketches of everything from staff and residents to current events. Everyone enjoyed his almost weekly posting on the central bulletin board. Through his art, John came out of his shell and his art became one of his main interests. He was also now meeting with his friends for weekly card games in the Activities Center.

Bev says, “Wesbury turned out to be one of the BEST THINGS THAT HAPPENED for my dad! The trust we have in the nursing, care, and friendships that he received living at Wesbury was wonderful, and it made all the difference for my own peace of mind, since I live so far away. I have never had to worry about how my dad was being taken care of and after a few years of visiting Wesbury, my husband and I even started joking that we hope our children will consider Cribbs for us in our golden years!”

For six and a half years, John’s family visited often and attended many events at Wesbury. We had so many good times, and made so many friends. “We even made a promise to our “extended friends and family at Wesbury” that we will stop in to visit with them every time we come to Meadville,” says Bev. “We are so grateful to all the staff for making these years some of the best years of my dad’s life.”

If you are interested in more information about Cribbs Residential Center please contact Melissa at 814-332-9009, or submit a request for information here.